Who are the Knights of Columbus?

Who are the Knights?

The Knights of Columbus is the world's largest Catholic family fraternal service organization with 1.6 million members. It provides members and their families with volunteer opportunities in service to the Catholic Church, their communities, families and young people.

Members of Council 112 work closely in support of the four parishes of Concord: St. John the Evangelist, St. Peter's, Immaculate Heart of Mary, and Sacred Heart - as well as a Carmelite Monastery on Pleasant Street. Members are active participants in their respective parishes as organists, cantors, lectors, ushers, teachers, and Eucharistic Ministers. They come from every profession throughout the capitol region, from every background, and from every age group. They are united in the common desire to more fully live their Catholic faith within their communities.

The Faithful Navigator for the Monsignor Buckley 4th Degree Assembly this year is SK, David Dale.

"Ladies of the Knights"

The Ladies Group's main function is to support the men and the council. They do this primarily by providing help at events, cooking for events and providing monetary help. They also generally do help with setting up and beautifying the hall for events.

Council 112 is blessed with its own Ladies Group, the "Ladies of the Knights." For more details, please contact Carrie McGee at carriepmcgee@hotmail.com or visit the Ladies Group website at www.ladies112.webs.com

Under the guidance of Christian Brother Barnabas McDonald (1865-1929), the first Columbian Squires circle was instituted in 1925. Membership in the Squires is for Catholic boys between the ages of 12 and 17. Squires' activities are many, varying from spiritual to active service for the Church and community. Each circle elects officer members from their own rank, teaching skills of leadership and responsibility.

When you join the Knights of Columbus

· Where We Belong: Finding order with the Knights:

Editor’s note: Where We Belong is a Times Argus series that looks at the social clubs and service organizations that have come to define central Vermont.

BARRE — Though the name is recognizable, the objectives and deeds of the Knights of Columbus are not as widely known, even here where their roots run deep.

“The biggest question we get as Knights is, ‘What do you do?’ We don’t advertise, so people don’t necessarily know what we’re all about,” says Grand Knight John Santorello of the Barre-Montpelier Council 399, whose leadership duties include the running of the Knights’ hall on Pine Hill Road in Barre. “If they did, it might bring in some younger members. It’s not a dying organization by any means, but we’re in a lull as far as membership is concerned.”

The Rev. Michael J. McGivney, son of Irish immigrants, founded the order in 1882. As a child, he had been exposed to poverty and hardship, and his aims in starting the organization were to unite Catholic men and provide financial assistance to families who had lost their sole breadwinner or were burdened by illness. From these grew both a group of men devoted to improving their communities with strong ties to their local parishes and the Knights of Columbus Insurance, which according to Santorello is one of the highest-rated insurance organizations in the United States.

Today, there are more than 1.5 million members in 12,000 councils across the United States and Canada, as well as in Guam, the Virgin Islands, the Bahamas and parts of Central America. It is the largest society of Catholic men in the world.

“We still have the drive,” says Santorello. “Across the country and in other countries it’s a popular organization, but in some sections of the U.S., it’s slowing down. We are at a crossroads trying to figure out how to build up our organization to include the younger generations.”

The four degrees of the order are charity, unity, fraternity and patriotism. As men join they learn these tenets — representing, respectively, involvement in the order’s charitable works, recognition of the power of a group to accomplish more than the individual, the camaraderie of a brotherhood in faith, and loyalty to their country of birth. The fourth degree, patriotism, is also recognized by an additional assembly of Knights who have been members for one year and are in good standing. The Fourth Degree assembly covers a wider area, which includes much of central Vermont, and its members serve as honor guards in both religious and civic occasions.

In the Barre and Montpelier area the Knights give quarterly donations to the St. Monica, St. Augustine, St. Sylvester, St. Edward, St. Cecilia/St. Frances Cabrini and North American Martyrs’ parishes. They also donate money and hours to the Montpelier, Onion River, St. Monica, St. Augustine and Salvation Army food banks, and regularly give to Vermont Right to Life, Morality in Media, Circle — the Washington County battered women’s shelter and service, the Special Olympics and the Vermont Association for the Blind.

The Knights sponsor a local Cub Scout pack and donate their hall and catering services to the pack for functions, as well as to other organizations and local schools and sports teams. They have done fundraisers for troops overseas and discuss and vote at their monthly meetings where to donate the money they raise over the course of the year.

Every year the Knights have Tootsie Roll drives and a special sweepstakes dinner to raise money for charitable donations and scholarships for the local schools.

“Weekly bingo is the main lifeline for covering the costs of this building, overhead and taxes and the like,” says Santorello. He cites the recent changes in tax laws as a big obstacle for the council, as now its operating budget is $13,000 higher than it used to be. “Yes, the state is collecting income, but what people don’t realize is that limits the amounts we can give to food banks and other organizations, which then adds to the burden on the state to make up for it,” he adds.

The Knights also hold spaghetti suppers every second Tuesday of the month from 4:30 to 6:30 p.m., which are open to the public.

“It’s mainly having functions and building up money for community organizations and people in need,” says Santorello. “We’re here to help, but our biggest challenge is ensuring the strength and longevity of our council. We need younger members for their leadership and new ideas and for the older members to know that someone will be carrying our work on.” 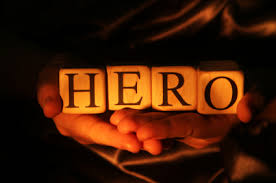